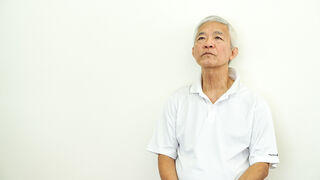 A recently published study in the Journal of the American Board of Family Medicine reports that several groups of Asian American elders reported significantly lower levels of life satisfaction and receiving social and emotional support, compared to aggregated non-Asian American elders. The study was based on California survey data in 2018, so it is unclear what the COVID-19 pandemic and surge in anti-Asian hate has done to these measures. Of significance, previous data indicate older Asian Americans have higher rates of suicide than the general population, and Korean Americans experienced a doubling of suicide rates from 2002-2012.

Asian American elders are at increased risk, and this requires more study and psychosocial intervention.

There were differences between Asian American subgroups. “Korean older adults reported significantly lower social/emotional support (30%) compared with Chinese (57%) and Filipino (59%) older adults (P < .05 level).” Korean elders also had the lowest level of life satisfaction at about 40%, compared to Filipino elders at 77%, and Chinese and Vietnamese at about 48% each, but this difference did not rise to statistical significance.

What is unclear is how these numbers translate into actual DSM-5 diagnoses such as depression and anxiety. What is known is that Asian Americans self-report higher levels of distress that do not translate into DSM diagnoses, possibly indicating the presence of cultural syndromes, histories, and other factors that need sensitivity and further research and treatment.

Certainly in my social circles and social media feeds, I’ve seen wide evidence of Asian Americans concerned about their elder parents in terms of health and safety during these difficult times. There has been an active effort to support elders in major cities, through chaperoning and through food and service delivery. How did these additional supports weigh against the increased stresses of COVID and anti-Asian hate? It may take years to know the results. What’s clear is that Asian American elders have specific needs and vulnerabilities that have not been met. 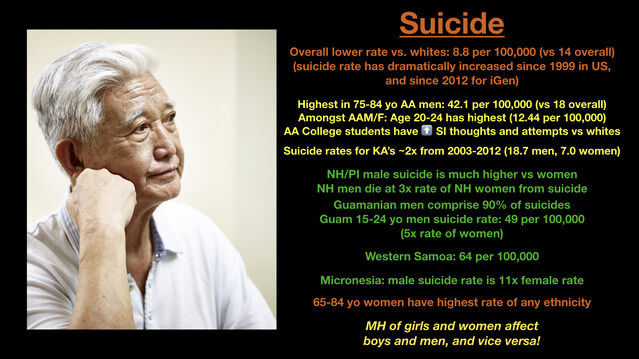