Cells from individuals with Major Depressive Disorder (MDD) were found to have higher than expected rates of methylation at specific sites on their DNA, when compared to cells from healthy individuals without MDD, according to a study by a multidisciplinary team of UC San Francisco scientists, in collaboration with others. Methylation is a process by which DNA is chemically modified at specific sites, resulting in changes in the expression of certain genes.

Methylation of particular sets of genes, called “DNA methylation clocks,” typically change in predictable ways as people age, but the rate of these changes varies between people. Methylation patterns in individuals with MDD suggested that their cellular age was, on average, accelerated relative to matched healthy controls.

In the study, published April 6, 2021 inTranslational Psychiatry, blood samples from individuals with MDD were analyzed for methylation patterns using the ‘GrimAge’ clock – a mathematical algorithm designed to predict an individual’s remaining lifespan based on cellular methylation patterns. Individuals with MDD showed a significantly higher GrimAge score, suggesting increased mortality risk, compared to healthy individuals of the same chronological age – an average of approximately two years on the GrimAge clock.

The individuals with MDD showed no outward signs of age-related pathology, as they and the healthy controls were screened for physical health before entry into the study. The methylation patterns associated with mortality risk persisted even after accounting for lifestyle factors like smoking and BMI. These findings provide new insight into the increased mortality and morbidity associated with the condition, suggesting that there is an underlying biological mechanism accelerating cellular aging in some MDD sufferers.

“This is shifting the way we understand depression, from a purely mental or psychiatric disease, limited to processes in the brain, to a whole-body disease,” said Katerina Protsenko, a medical student at UCSF and lead author of the study. “This should fundamentally alter the way we approach depression and how we think about it – as a part of overall health.”

MDD is one of the most prevalent health concerns globally. According to the World health Organization, some 300 million people (4.4% of the population) suffer from some form of depression. MDD is associated with higher incidence and mortality related to increased rates of cardiovascular disease, diabetes, and Alzheimer’s disease among sufferers. 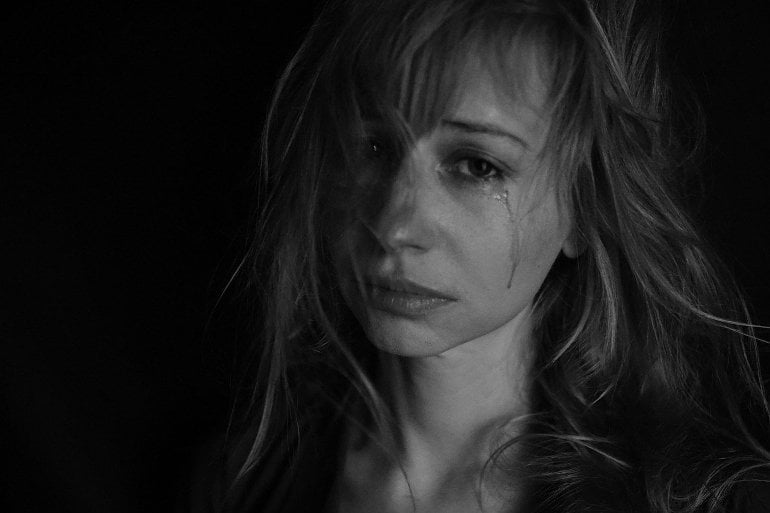 The individuals with MDD showed no outward signs of age-related pathology, as they and the healthy controls were screened for physical health before entry into the study. Image is in the public domain

“One of the things that’s remarkable about depression is that sufferers have unexpectedly higher rates of age-related physical illnesses and early mortality, even after accounting for things like suicide and lifestyle habits,” said Owen Wolkowitz, MD, professor of psychiatry and a member of UCSF’s Weill Institute for Neurosciences, co-senior author of the study. “That’s always been a mystery, and that’s what led us to look for signs of aging at the cellular level.”

The researchers collected blood samples from 49 individuals with MDD who were unmedicated prior to the study and 60 healthy control subjects of the same chronological age. They analyzed the methylation rates of both groups using the GrimAge clock. While there are numerous methylation-based longevity algorithms, GrimAge is the only one based specifically on methylation patterns associated with mortality.

Moving forward, the researchers hope to determine whether pharmacological treatments or therapy may mitigate some methylation changes related to MDD in hopes of normalizing the cellular aging process in affected individuals before it advances. Although the GrimAge methylation clock has been associated with mortality in other populations, no studies have yet determined whether this methylation pattern also predicts mortality in MDD.

“As we continue our studies, we hope to find out whether addressing the MDD with anti-depressants or other treatments alters the methylation patterns, which would give us some indication that these patterns are dynamic and can be changed,” said Synthia Mellon, PhD, professor in the Department of Ob/Gyn & Reproductive Sciences at UCSF and co-senior author of the study.

Funding: This study was funded by grants from the National Institute of Mental Health (NIMH) (Grant Number R01-MH083784), the O’Shaughnessy Foundation, the Tinberg family, and grants from the UCSF Academic Senate, and the UCSF Research Evaluation and Allocation Committee (REAC). This project was also supported by National Institutes of Health/National Center for Research Resources (NIH/NCRR) and the National Center for Advancing Translational Sciences, NIH, through UCSF-CTSI Grant Numbers UL1 RR024131 and TL-1 TR001871

Disclosures: The authors have no financial relationships relevant to this article to disclose.