“It’s the journey, not the destination” seems like a modern proverb, because it emphasises experiences over results and promises personal transformation. However, millennia ago, theologians like Saint Augustine described life itself as a pilgrimage through the world, returning to God by purifying the self.

While many people still conduct religious pilgrimages, today that outlook can perhaps more commonly be found in a less obvious place: among those looking for work. From the “ranks of the unemployed” and the “dole queue” we’ve moved to the image of active job-seekers, polishing their CVs, always networking and discovering opportunities.

Of course, the reality is often more than the image, but in the face of uncertainty, we rely on models and metaphors. These stories shape how we interpret our experiences, and often come with a lot of historical baggage. Pilgrimage means more than the fairy-tale phrase “off to seek your fortune”; it implies suffering, doubt and self-transformation, making jobseeking into a trial of the soul.

For the last decade I have interviewed unemployed people about their experiences of looking for a job. My sociological approach combines qualitative interviews and historical illuminations of the present to find out how people view the process of job-seeking.

What has become clear is that people don’t understand job-seeking as a simple labour market where supply meets demand. Instead, moral judgements surround unemployment, and all too often people internalise stigmatising ideas derived from politics about “skivers” or “spongers” – stereotypes repeatedly refuted by research.

Surprisingly, Christian pilgrimages provide an unacknowledged model for making sense of complex job-seeking experiences. Medieval people undertook pilgrimages individually, travelling to distant shrines as a penance to purify themselves of sin, to transform themselves through a trial of faith.

On the way, they interpreted the world as full of signs and symbols, tests and temptations which they struggled to overcome to ensure their salvation. Today, we interpret the labour market similarly. It is a place of pilgrimage, where people seek guidance, decipher clues and purify themselves until they reach the salvation of a job.

Modern society considers itself secular, with religious beliefs confined to matters of personal morality or community customs, or even derided as superstitions without rational foundation. However, dismissing religion out of hand as antiquated and irrelevant may mean that we repeat it unbeknown to ourselves.

In my research I’ve interviewed dozens of jobseekers who describe their efforts at finding work in peculiar ways. A phrase that jobseekers often use to deal with rejection is: “It wasn’t meant to be.” This evokes a divine plan, where the invisible hand of the market echoes the hand of God.

Jobseekers are not fatalistic but reapply themselves relentlessly to a pilgrimage of self-purification, where the difficulties of being unemployed are a test of faith. Beyond simply listing their qualifications and experience on a CV and slinging it into any relevant application, they struggle to interpret their experiences and reorient their efforts in complex ways.

I interviewed “Bob” several times since he was made redundant from a mechanical job and unemployed for several years after the 2008 financial crash. He carefully tailored each job application and noticed the manner of rejection – whether being ignored or issued a standard letter.

Once, he received a letter which was signed by hand and made reference to his long experience and volunteering as valuable – he took this as a sign that he was “on the right road”. Once he found a job, combining administrative and gardening work, he felt that everything had “come together”, even though he had often verged on despair while unemployed, but had never given up. 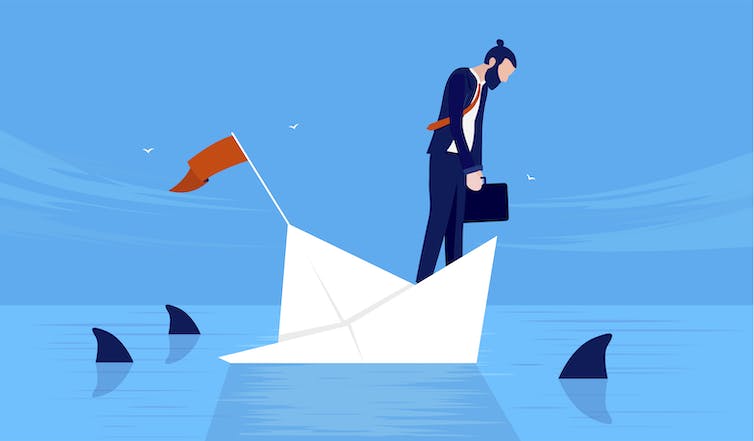 Rejection is often seen as part of a divine plan on the path to the right job. Overearth/Shutterstock

As a substitute teacher, “Rachel” experienced repeated rejection. Each morning she was ready to work from 7am and waited hopefully for a call until 9pm. From then until the next morning, when she would repeat the process, she looked for ways to improve herself – wrote other job applications, did web-based professional development. Yet, when called to interview for a permanent full-time job, another applicant succeeded, and Rachel blamed her own lack of confidence and skills and resolved to gain more experience.

These stories reflect a pervasive narrative. Rather than a labour market where supply and demand meet, individuals tend to interpret the hiring process as a personal test. They look for clues, about the terrain ahead but also as feedback that tells them how to improve themselves. Rather than shrugging off repeated rejection as simply inevitable, it is taken as a form of suffering which purifies the individual. In short, the imaginary journey through the labour market is interpreted as a pilgrimage towards personal salvation.

Signposts on the pilgrim’s road

In the welfare office and beyond, job seeking is often presented in implicitly or even explicitly religious terms.

The author of the best-selling international guide to job seeking What Colour is your Parachute? was Episcopalian clergyman Richard Bolles. Notably, he positions job seeking as a job in itself, a vocation, deserving as much time, attention and hard work as any employment.

Rather than sticking to simply filling out job applications or handing in CVs to potential employers, Bolles vision of job seeking is all-consuming. Friends and family are considered a network, a resource for information or recommendations. At every waking moment, the jobseeker should be alert for clues and leads that might alert them to their opportunities.

Perhaps unsurprisingly, Bolles expresses his religious faith, saying that seeking work is not just hoping to gain a salary, but a search for a way of life. He acknowledges that becoming unemployed is difficult but suggests that it is a trial sent by God. Such suffering must be endured patiently, despite personal doubts. Having faith in one’s potential, being willing to learn and trusting that the world will reward honest effort are supposedly bound to lead to success. 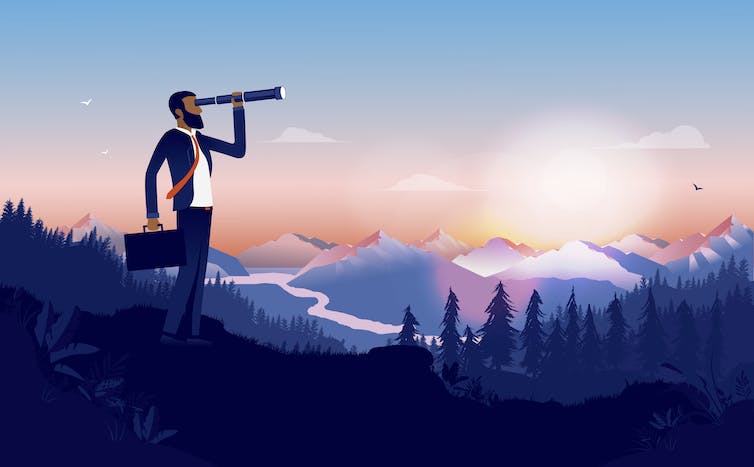 Many books about hunting for a job approach the process like it is a search for a way of life. Overearth/Shutterstock

Bolles is not alone. Consider the title The Gift of Job-loss, which positions unemployment as an opportunity for personal transformation. While such religious language might well be expected from the US, where Christianity still plays a prominent role in public and political life, it can also be detected in Europe.

For instance, writer Christine Ingham’s self-help book Life Without Work describes unemployment as a test, for which the reader should consider themselves specially selected:

the difficulties we are given are there to help us grow, and that we are never given problems that are more than we can cope with. This is so hard to appreciate at first when we are being tested by the new challenges that face us.

Considering challenges as a means of refining character strongly echoes the test of individual faith in biblical epistles:

My Christian brothers, you should be happy when you have all kinds of tests. You know these prove your faith. It helps you not to give up. The man who does not give up when tests come is happy (James 1:2-5).

Whether the career advisor is familiar with these verses is less important than recognising that they have become commonplace advice for jobseekers.

Online sources have now largely replaced such books, with advice proffered by official government sites like Find a Job or companies like Monster. Whether the advice is actually useful or not is unclear; since it is available to everyone, it scarcely provides any strategic advantage.

Although very brief and technical, these guidebooks encode religious models. Readers are asked to examine themselves, to find their weaknesses and work upon them, akin to confession. Unemployment is positioned as a trial to be overcome by constant effort. The labour market is a mysterious world to be deciphered, searching for clues, even taking rejection and failure as a signal of how to transform oneself.

Religious hangovers like pilgrimage give meaning and coherence to difficult experiences, providing hope. However, they also reconcile individuals to inequitable systems and make the unemployed personally responsible for the lack of jobs. Culturally, and especially in terms of social policy, we need to stop presenting job-seeking as a personal test of finding yourself and focus on providing decent work, or real alternatives in education. 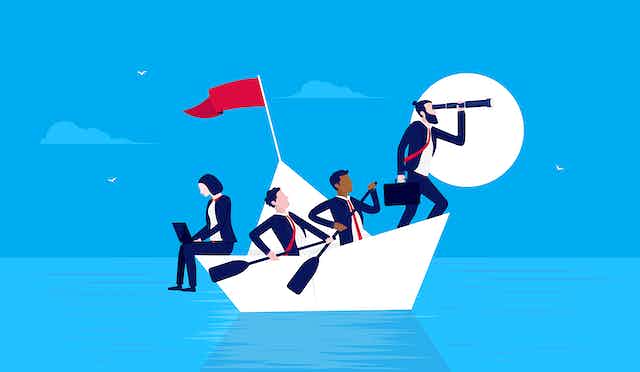