Does the government’s plan to allow ‘consensual’ conversion therapy undermine its proposedban?【elle

The UK government has announced proposals to ban so-called “conversion therapy” – attempting to change a person’s sexual orientation or gender identity under the guise of support. It has opened a short public consultation asking for views on its plan.

But the proposals contain an exemption that is worth noting. Conversion therapy will still be allowed in cases involving “consenting” adults. This is a thorny issue that warrants consideration. Could an exemption on this point undermine the stated aim of “ending” such practices?

I was the lead author on the study the government commissioned to help inform their approach. My team and I were tasked with reviewing existing international evidence, and we also interviewed people who had undergone conversion therapy in the UK. Many people are surprised that it still happens in the UK, but in 2017 the government’s national LGBT survey found that 7% of respondents had either undergone or been offered it.

We found no robust evidence that conversion therapy can change a person’s sexual orientation or gender identity. Not only is there no good evidence that it “works”, there is also a growing body of evidence that exposure to conversion efforts is associated with poor mental health such as depression and feeling suicidal.

Many of those we spoke to felt that conversion therapy had reinforced the idea that there was something wrong with them. They left with feelings of self-hatred, leading to a deterioration of their mental health. As one gay man explained:

I was suicidal and self-harming at one point and then I made the conscious decision to not have anything more to do with conversion therapy, because all I was seeing was suicide, self-harm and depression in the people around me, and not seeing anyone change.

We spoke to several people who felt they had benefited from conversion therapy. This was largely due to having the opportunity to talk about their feelings and meet people like themselves struggling with similar feelings. Of course, such benefits aren’t unique to conversion therapy and could be gained from approaches that provide support without the premise that being LGBT is a deficit, disorder or addiction.

What counts as ‘coercion’?

A more contentious issue in the proposals, however, is the plan not to ban conversion therapy in cases where over-18s freely consent to it.

The Ban Conversion Therapy Legal Forum – a cross-party group of politicians, academics, lawyers and campaigners – argues that due to the social pressures and imbalance of power involved in these cases, “consent” cannot be truly free or autonomously exercised. The group recently published its own proposals and argued that there should be no exemptions at all to the ban.

We did come across examples of overt coercion in our research. One woman told us she was locked in a room for days by her parents until she agreed to undergo conversion efforts. And a transgender woman who was living in accommodation provided by her church was offered “counselling” and then threatened with eviction if she did not comply.

Most, however, told us they had undergone conversion therapy “voluntarily” but in the face of powerful social pressures. The people we interviewed typically feared being rejected by their families or whole communities if they did not change. They were also often following the guidance of people in positions of trust and authority. As one lesbian woman put it:

I felt like I was making a personal choice to go and do these things but when I look back on it I realise actually I was in a vulnerable position … I listened to those people in authority over me who convinced me that that was the choice I needed to make.

The government is insisting that “requirements will be robust and stringent”, specifying that consent must be voluntary (“not be influenced by others”) and informed. Most of the people we spoke to felt they were not given accurate information free from bias, were not informed of the risks of conversion efforts or offered an alternative. 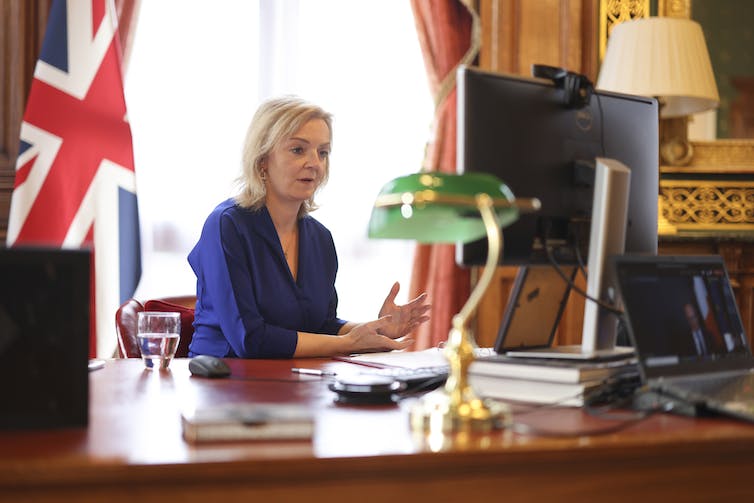 Liz Truss, secretary of state for foreign affairs and minister for women and equalities, is leading on the consultation. Flickr/UK government, CC BY-NC-SA

Of course, this is a tricky issue that must take into consideration freedoms of religion and belief. The government’s approach does not seek to change everyday religious practices and is clear that religious teachings and private prayer won’t constitute conversion therapy. But we found that conversion efforts most often happen in religious settings and the distinction between “talking therapy” and religious “pastoral care” is often blurred. Religious groups providing non-professional forms of counselling can be almost identical to talking conversion therapy as offered by a “professional”. Some people also described traumatic experiences of prayer in the form of exorcisms.

The government proposals are detailed and deserve serious consideration, but the line at which powerful social influence becomes coercion is a question worth considering for anyone planning to respond to the consultation.