The twin galaxies NGC 4496A and NGC 4496B dominate the frame in this image from the NASA/ESA Hubble Space Telescope. Both galaxies lie in the constellation Virgo, but despite appearing side-by-side in this image they are at vastly different distances from both Earth and one another. NGC 4496A is 47 million light-years from Earth while NGC 4496B is 212 million light-years away. The enormous distances between the two galaxies mean that the two are not interacting, and only appear to overlap because of a chance alignment.

Chance galactic alignments such as this provide astronomers with the opportunity to delve into the distribution of dust in these galaxies. Galactic dust—the dark tendrils threading through both NGC 4496A and NGC 4496B—adds to the beauty of astronomical images, but it also complicates astronomers’ observations.

The resulting “dust maps” help astronomers calibrate measurements of everything from cosmological distances to the types of stars populating these galaxies. 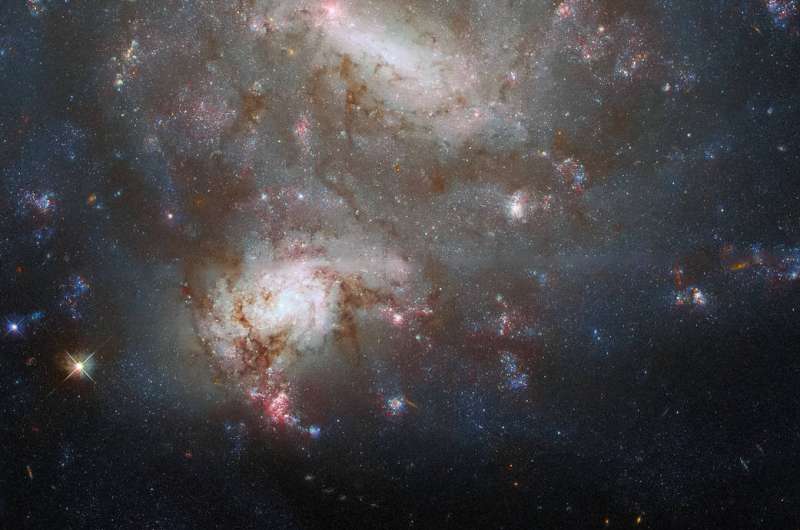