Capital murder charges filed in Muslim teen’s deatharies flawsThe suspect was charged with murder and rape, but some wonder why he was not also charged with a hate crime. 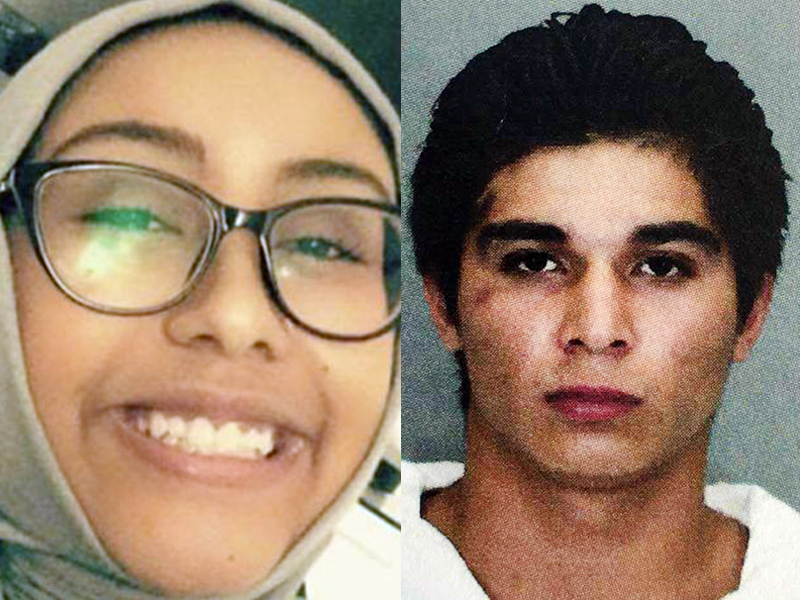 FAIRFAX, Va. (AP) — A northern Virginia man accused of killing a 17-year-old Muslim girl as she walked back to her mosque is now facing a possible death penalty after an indictment Monday (Oct. 16) charging him with capital murder and rape.

The June slaying of Nabra Hassanen, who had been out with friends eating a meal ahead of pre-dawn Ramadan services, rattled the region’s Muslim community. More than 200 supporters wearing “Justice for Nabra” T-shirts showed up at a preliminary hearing Friday for the man charged in her death, 22-year-old Darwin Martinez-Torres of Sterling.

The hearing was delayed when Nabra’s parents had to be restrained from charging at Martinez-Torres. Nabra’s mother threw a shoe at him.

Police had said previously they were investigating whether Nabra had been sexually assaulted, but Monday’s indictment is the first time that prosecutors brought sex-crime charges of any kind against Martinez-Torres.

Virginia law allows prosecutors to pursue a death penalty only under certain conditions. Those include murder in the commission of a rape and murder during an abduction with intent to defile.

The seven-count indictment handed up Monday actually includes four counts of capital murder, spelling out in sometimes graphic detail the ways in which prosecutors believe the slaying qualifies for the death penalty.

Police have said Hassanen was out with a group of more than a dozen friends about 3:40 a.m. June 18. The friends were walking back to their mosque, the All Dulles Area Muslim Society, after eating at a McDonald’s ahead of a daylong fast.

Observant Muslims fast from sunrise to sunset during Ramadan, which this year coincided with the summer solstice. As a result, teens from the mosque sometimes went out for fast-food meals in the overnight hours between the late-night and early morning prayer services.

In a search warrant affidavit, police say that Martinez-Torres admitted killing Nabra and that he led them to where he had dumped her body in a nearby pond.

CAIR lawyer Gadeir Abbas said the family “is focused on ensuring that there is justice for Nabra and that the murderer is held accountable for his crimes. This tragedy has affected the family, but also the Muslim community across the country, coming as it did during Ramadan when the kids were gathering at the mosque to socialize and for prayer.”

Some Muslim activists called for hate-crime charges. Police and prosecutors said they have seen no evidence of anti-Muslim bias that would warrant such a charge.