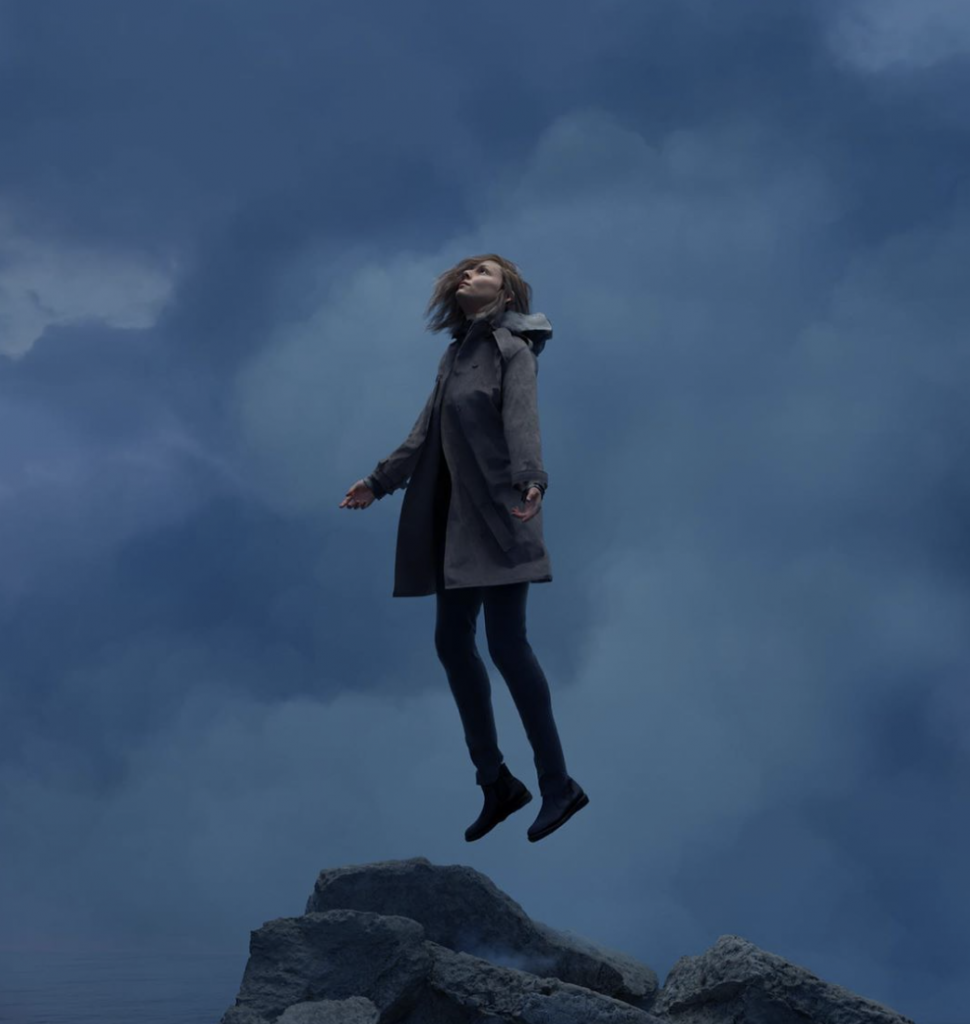 Mercury stations retrograde on October 13 at 11°40 Scorpio, and it stations direct on November 3 at 25°54 Libra.

Of all the looping wandering journeys Mercury takes during its various retrogrades, its journey through Scorpio is the most relatively straight-forward and symmetric. In all the other loops, Mercury crosses the ecliptic before and after actual retrograde motion and makes a wide foray away from the ecliptic during the actual retrograde. Since Scorpio is the location of Mercury’s north node, this is one of only two signs (along with Taurus, the location of Mercury’s south node) where Mercury will actually cross the ecliptic plane while in retrograde motion.

Like a hiker traversing a mountain via a “switch-back” trail, Mercury does a zig-zag from below to above the ecliptic in this part of the zodiac—crossing the ecliptic near the middle. And although Mercury doesn’t cross right through the very heart of the sun this time (like last year’s “transit of Mercury”), Mercury is still much closer to the sun during this retrograde than most. So, this is still a rarer kind of Mercury retrograde, with a chance to zoom into something much more closely than usual. And since Scorpio is a water sign, this is often accompanied by deep penetrating emotional clarity. This year’s retrograde station is in the same degree as last year’s direct station, so this could mean that themes from last year’s retrograde carry through to this year—particularly for those with planets near 11-12° Scorpio.

Mercury repeats two very difficult aspects during this retrograde, making three squares to Saturn in Capricorn from Libra and three oppositions to Uranus in Taurus from Scorpio. The square and opposition are stressful aspects, and the repetition will significantly increase the pressure felt during this retrograde. It will be important to de-stress, focus on self-care, and ask for help when you need it.

Saturn is about restrictions, delays, boundaries, structure, and long-term planning. Since Saturn is exalted and dignified in Capricorn and Libra (respectively), we can expect that any of these issues cropping up now are ultimately for our own good—unpleasant as they may be at the time. The three squares with Saturn happen in two stages, relatively far apart. The first square occurs just after the Autumn Equinox with Mercury in direct motion on September 23. It might be easy to pass off any problems that crop up now as someone else’s fault or a small bump in the road—but this would be a mistake.

Paying very close attention now could give you a heads up as to what’s coming when Mercury stations direct in November. As they say, a word to the wise is sufficient. Since Mercury makes the final two squares to Saturn while stationary (on November 1 in retrograde motion and on November 6 in direct motion), this will increase the pressure quite a bit. Fortunately, the station occurs in the bounds of Venus, and as a benefic, Venus affords some mercy via loved ones, friends, or social contacts. Also, since Jupiter rules the third decan of Libra, we may be able to secure more wiggle room and rest from the strife of this transit than otherwise. Together, these may help to soften the blow somewhat, but ultimately we will still be required to accept at least some part of Saturn’s demands for hard work, delays and/or restrictions and adjust our boundaries, structures, and long-term plans accordingly.

The other aspect Mercury repeats during this retrograde are three oppositions to Uranus, the planet of technology. Two of these oppositions occur near the retrograde station, with the first square on October 7 (direct), the second on October 19 (retrograde), and the final opposition on November 17 (direct). The opposition is a stressful aspect and since Uranus in Taurus is redefining technology as a basic resource, we can expect that those who are more dependent on technology will feel this more. Access to the best technology is a significant advantage in the new sharing economy, and those who took advantage of the sextiles of the previous retrograde in Cancer to update their technology may have it much easier now. Older, out-dated, or cheaper technology may be inclined to fail under the stress of this transit. Back-up plans are definitely in order, and the quality of the back-up plan could significantly affect outcomes. This aspect could also result in accidents, so slow down and take extra precautions when engaging in any potentially dangerous activities, especially driving.

Most intense for water signs: Cancer, Scorpio, and PiscesYou tend to have more depth than most of the other signs, and so you probably can feel that something is stirring deep inside you. This is essentially a chance to get to know yourself from the inside out. Remember the old myths about the Gods rewarding those who welcome strangers into their homes, and be as kind to the new you that is emerging as you would to a God disguised as a wanderer.

Most challenging for fire signs: Aries, Leo, and SagittariusLast year you had to let go of a lot of your basic tendencies, and now something deep in the core of your being is shifting. By putting your own needs and wants aside for those you care about most, you’ve activated a special kind of magic that will allow old wounds to be healed and new levels of emotional energy will become available.

As a warrior, you tend to take the blows that life hands out in stride—just as a matter of fact part of your path. But this toughness means part of the trauma gets buried, robbing you of your natural vitality. Dreams or other spiritual experiences allow this old trauma to surface, and be let go. This, in turn, makes deeper connections possible. Learn to flow with this process.

The rewards of intimacy are that others see us for who we really are. And being seen authentically gives us the confidence to allow more of ourselves to be seen. Some special people are able to see us even more clearly than we see ourselves, and that is a rare gift that you may access at this time. Try asking others just what they see. You may be surprised.

The great psychologist Carl Jung said that integrating our shadow—those parts of ourselves that we tend to hide out of embarrassment—is the “apprentice-piece” of psychological growth. The masterpiece comes from integrating our polar opposite. This “sacred marriage” between the yin and yang parts of yourself needs daily attention, just as a spouse does.

It’s been said that if you don’t surprise yourself during the creative process that you are not really doing it. This is especially true for you right now. It’s not that you should seek out surprises so much as you need to keep yourself from hiding from them. Trust that the creative process reveals things, and trust further that these are not mistakes—but rather, divine.

Betrayal is probably the worst thing that can happen to a lion. They say that living well is the best revenge, but even when you take the high road, truly getting over an intentional breach of trust is so difficult because it requires complete surrender. A willing sacrifice releases deep magic, and perhaps re-framing an old betrayal as a sacrifice does as well.

Your sign is represented in the Tarot by the Hermit, and naturally, you like to keep your own counsel. Explaining yourself to others robs you of power. You need not explain all the intricate details of what you know to impart its final wisdom. Reveal your secrets to a select few.

One of your deepest resources is in understanding what other people want and giving it to them in such a beautiful way that they become quite charmed. And yet, if someone asks you what you want you may often seem to not really have a clue. Take the time to analyze how you do what you do for others, and then apply that magic to yourself.

You are reaching the end of a long process of revealing yourself to yourself. Running with the surprises you’ve found has opened new vistas, and now you find yourself like the character in T.S. Eliot’s poem “Little Gidding,” where the end of your explorations brings you back to where you started, only to truly know the place for the first time.

Like the myth of Odin, who hung himself on the World Tree and peered into the fathomless depths to discover the runes, your own sacrifices have left you fertilized with other-worldly seeds that are now sprouting and growing in strange new ways. These have the power to spread their magic throughout the world—if you will trust and nurture them.

It is interesting that companies call their department for managing employees the “human resources” department. But truly people are our greatest resource. You’ve been thinking along the lines of “it’s not what you know, but who you know” for some time, but I suggest it’s really how well you tend the relationships with who you know that matters most.

You’ve been quietly renewing and renovating your public image for a while now, and it’s time to go ahead and put the final touches on this process. Sharing your pride in your work need not be simple ego; at its best, it’s a way to show others who we really are, what we value and what we stand for. This authenticity opens doors, something you are great at doing for others, but not always for yourself.

The new identities and creative risks you’ve taken over the last couple of years have really opened your eyes to a much bigger world. You tend to relate easily to vast and even infinite space, but you are being suggested to you allow yourself to really look at the hard-won space you’ve created for yourself, and how you want to decorate it.

Read More Stories:Learn About the Meaning of Planets in RetrogradePrepare for What’s Ahead With Your October HoroscopeOctober Forecast: A Double Full Moon Month of Raw Power and Potential<div