An estimated 84% of the global population identifies with a religion. This is over 6.5 billion people. Among thousands of world religions, Christianity is the largest, with 2.3 billion followers. The second, and fastest growing, is Islam with 1.8 billion followers.

Religion is often seen as a major driver of conflict and, according to a 2018 report from the US-based Pew Research Center, religiously motivated violence is on the rise. Yet most religions, at their core, aim to build peace and foster reconciliation.

Bringing people from different faiths together is often seen as a way to tackle the world’s most pressing problems. This is what’s known as the interfaith movement and initiatives range from shared meals in local places of worship to high-level acts of international diplomacy.

Israel and Palestine, for example, have over 190 active interfaith organisations in operation. The All Nation Cafe is one such endeavour. Situated in a buffer zone between the Israeli Army checkpoint and the Palestinian Authority, the cafe is an easily accessible meeting place for Israelis and Palestinians. The cafe engages with young people on both sides of the conflict and provides a neutral space to foster dialogue and empowerment. 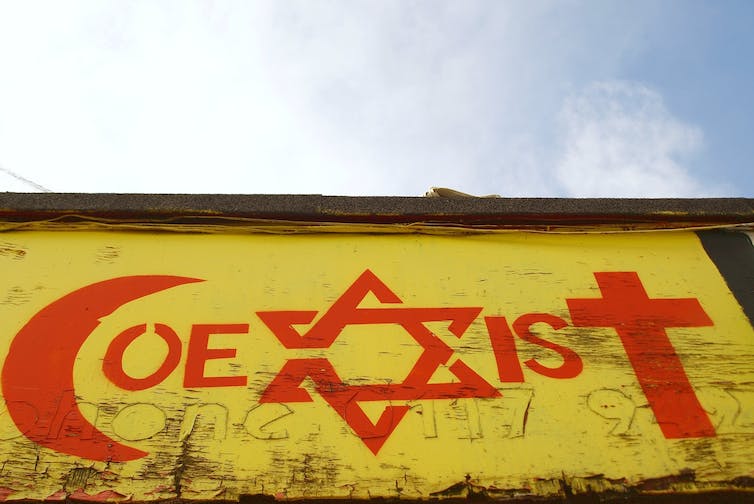 But despite the commendable intentions and enthusiasm of all involved, interfaith has its critics. For some, interfaith is no more than virtue signalling. For others less cynical, but no less sceptical, the goals of interfaith – such as world peace or the reconciliation of all religious differences – seem lofty and vague.

While conversations between people of different faiths appear to make a difference, and despite significant contributions made by faith communities, knowing if anything works remains a challenge, as the effectiveness of interfaith initiatives are rarely measured or evaluated.

This is what our latest project aims to address. We have spent two years listening to interfaith organisations and studying decades of psychological research on intergroup relations to find out what a successful interfaith project or collaboration looks like.

The birth of modern interfaith can be traced back to the first Parliament of the World’s Religions, held in Chicago in 1893. More recently, key events such as 9/11 have thrust interfaith onto the global stage.

The continued presence of religious conflict, extremism and prejudice in society has compelled many to seek solutions within interfaith practice. There are global projects such as the G20’s Interfaith Forum, national initiatives such as the UK government’s Near Neighbours programme – which aims to bring religiously and ethnically diverse communities together – and the Jewish Muslim women’s network Nisa Nashim, and myriad local groups engaging in arts, sports and scripture studies across religious divides. 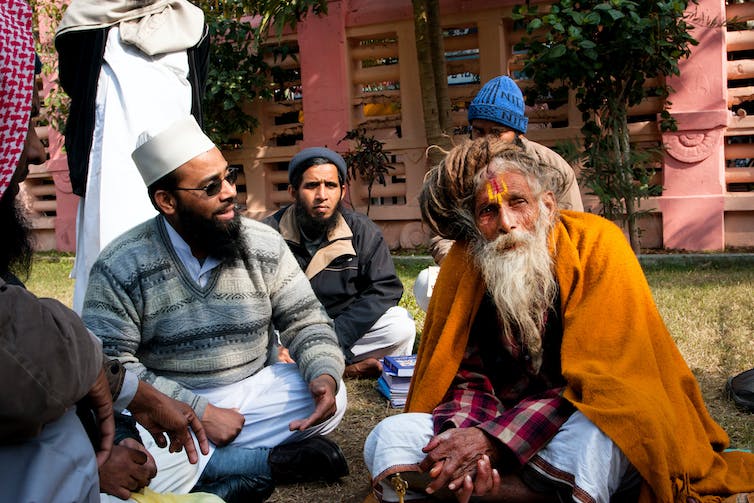 A Muslim group talk with the elderly Hindu man about religion. Radiokafka/Shutterstock

Interfaith groups often have bold ambitions, whether for their local area or the world at large. How realistic these ambitions are is hard to assess. For some, success might be the cessation of hostilities between faith communities. For others, success could be an increased closeness to God or more engagement with people from different faiths. What came through in our research, was that for interfaith work to be successful, it has to lead to changes beyond the immediate project or initiative.

Indeed, encounters between people of different faiths might lead to more positive attitudes towards other faith groups. But for interfaith to be truly successful, changes within individuals must spread, or be “transferred”, throughout whole communities and into wider society.

There are many examples of interfaith work at a community level – such as coordinated responses to COVID-19 or faith groups coming together to tackle knife crime. But many of these examples, as well-intentioned as they are, lack proper evidence to gauge the longer-term impact on wider community relations. 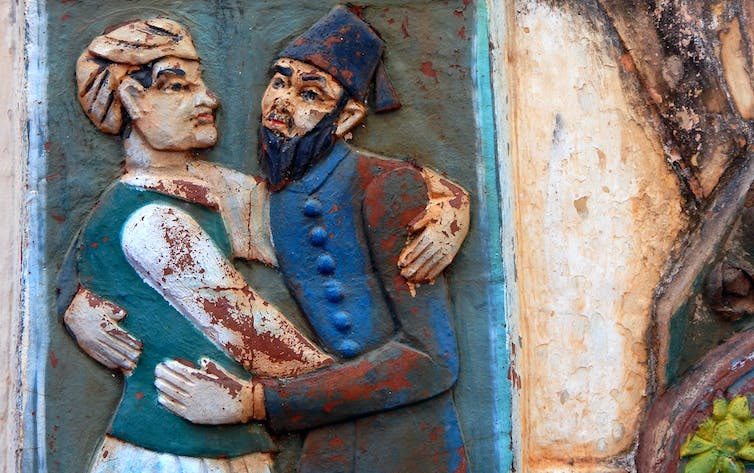 Wall art of Indian Hindu and Muslim hugging each other in religious tolerance and harmony. Reddees/Shutterstock

Another example is the ParliaMentors programme, an interfaith initiative that equips young students of all faiths with the skills, knowledge and networks needed to become leaders in their local communities. Students are mentored by an MP and contribute towards various initiatives.

Camden Cares, was set up as part of the ParliaMentors programme to address the lack of integration opportunities for young asylum seekers. Young leaders from different faith backgrounds came together and, in partnership with two local refugee charities, the project ran two sports events for young asylum seekers at Arsenal’s football ground, the Emirates Stadium in London. And again, while the project itself was considered a success, it is hard to know what the wider community impacts may have been.

While such examples demonstrate the good work of interfaith groups and faith communities across the world, knowing what works and what might work better would help groups design more effective programmes. This is why, as part of our work, we have created a resource that allows local interfaith groups to measure their effectiveness. Helping interfaith initiatives quantify their success will allow them to identify areas that are not working.

This is important because this knowledge will allow for initiatives to improve. And ultimately, this should help interfaith groups worldwide to more successfully tackle interreligious hostility and ease the heavy cost of religious conflict upon society. 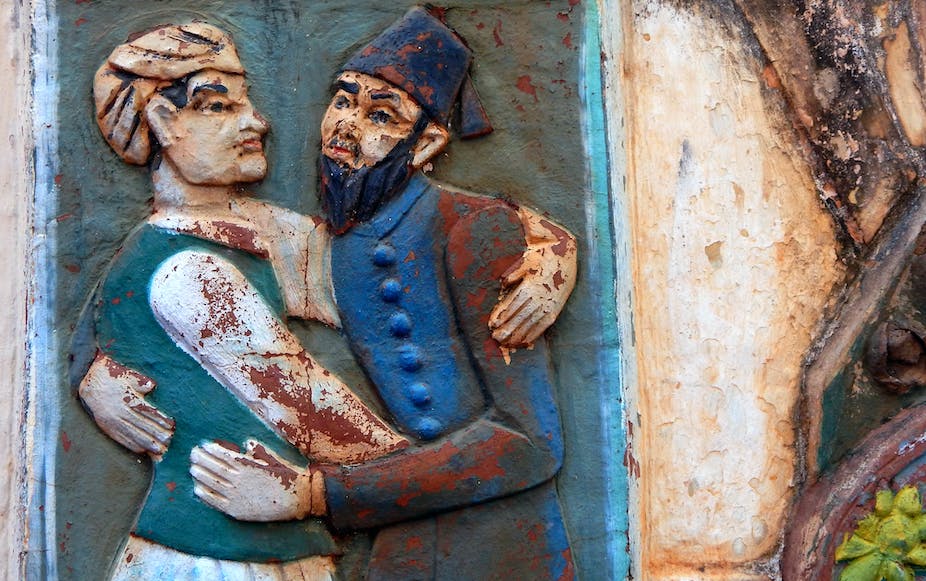