Australia is not a particularly religious country. Australians have a reputation for being largely ambivalent about the place of religion in their lives and in society.

But while increasing numbers of people claim “no religion” in the census, Australia is one of the most religiously diverse countries in the world. Despite this, the legal protections for religious freedom are weak.

If we had a human rights charter, religious freedom would be protected alongside other rights we have committed to uphold. In the absence of a charter, the protection of people’s rights becomes more complex than it should be.

Our religious diversity is part of what makes Australia a robust and vibrant country. So this law should be a statement of how much we value this diversity and our commitment to creating a society where everyone feels safe and valued. What we have had, however, is a toxic debate that has unnecessarily divided the community.

Read more: Third time lucky? What has changed in the latest draft of the religious discrimination bill?

The Morrison government has released its long-awaited third and final draft of the Religious Discrimination Bill.

It has been stripped of some of the more controversial clauses, including those that allowed doctors to claim a conscientious objection in the provision of healthcare services, and the so-called “Folau clause” that restricted the capacity of large organisations to address issues related to employees expressing religious beliefs at odds with their values.

However, the bill has maintained the extreme privileging of “statements of belief” which, if they meet certain conditions (and the bar is set low), can override all relevant state laws and other Commonwealth anti-discrimination laws.

This is deeply concerning for anyone who might find themselves accused of “sinfulness” in the name of deeply held beliefs.

Read more: Third time lucky? What has changed in the latest draft of the religious discrimination bill?

This bill began its life as a concession to both conservative Christian leaders and lobby groups, and right-wing culture warriors, in the heated debate about marriage equality.

Born out of a politically constructed dichotomy between religious freedom and equality rights, and drafted at least partly in response to a handful of high-profile cases (Israel Folau and Julian Porteous), the first two versions pitted religious believers against equality rights advocates. 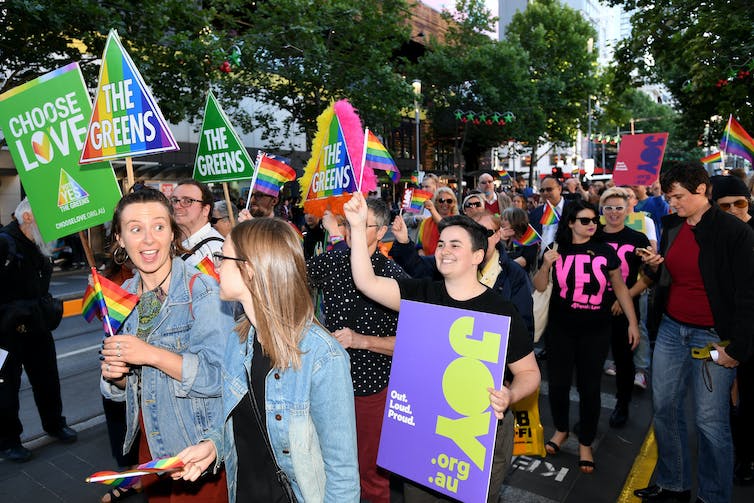 The Religious Discrimination Bill was devised in response to groups opposed to the marriage equality legislation. Joe Castro/AAP

Lost in the middle were Indigenous peoples and people from minority religious groups, who have historically been the ones to actually suffer the effects of prejudice, harassment, discrimination, abuse and even religiously discriminatory legislation.

The Religious Freedom Review Panel, chaired by Philip Ruddock, was already aware of and concerned by this shift. It noted “the limited focus given to religious freedom in more general discussions about diversity, understanding and tolerance” and recommended the government conduct more research into “the community experience of religious freedom”.

Also lost in this no-win battle has been a fulsome understanding of religion itself. Religion has been cast narrowly as that which divides people (the saved, the sinful and the rest). At the same time, religious “belief” is widely understood as little more than personal assent to a series of propositions about so-called morality issues, such as sexuality, euthanasia, abortion, gender identity, marriage and divorce. 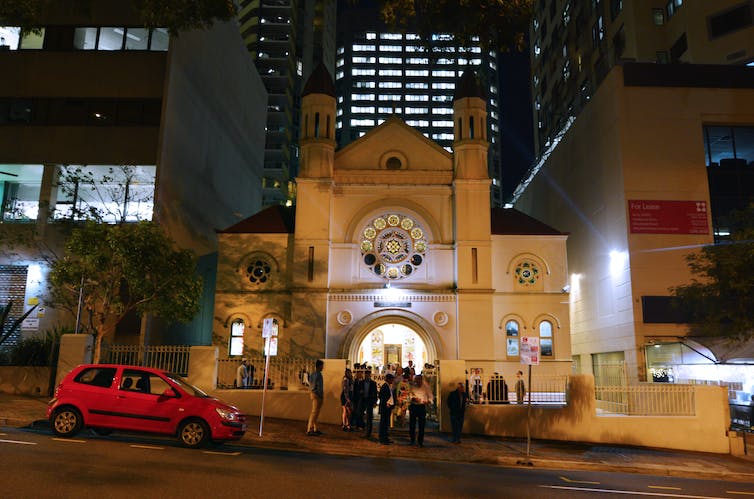 The rancour caused by the debate has also meant a lost opportunity for a better understanding of religion. Shutterstock

Another disappearance in the debate over this bill has been the theological diversity within religious traditions, especially Christianity. The Australian Christian Lobby and its allies present as speaking for all Christians. But the ACL speaks only for a minority of Christians.

ACL media statements and appearances are usually met with an avalanche of responses in my social media feeds from committed church people, lay and ordained, eager to declare the ACL does not speak for them.

It serves those who seek to maintain control over people’s bodies.

The churches, just like governments and other public institutions, must be open to challenges to their power. The most recent iteration of the discourse of religious freedom (and my research has found three different religious freedom discourses over the past 35 years) has churches and Christians being framed as a threatened minority. In this narrative, they are besieged by an increasingly belligerent, even aggressive secularism.

However, the churches maintain significant political influence, as the history of this bill has demonstrated. They also exercise power and social influence as large employers and providers of government-funded community and education services.

As the Ruddock Report found, there is little evidence Christians are being persecuted in Australia. A small number of high-profile individuals being challenged to consider the potentially damaging influence of their speech, and a few high-profile cases in overseas jurisdictions very different to ours, did not justify the over-reach of the second draft of the bill.

The final version of the bill does offer protections for people from minority religious groups. It has withdrawn the more idiosyncratic and demeaning parts of the second exposure draft. 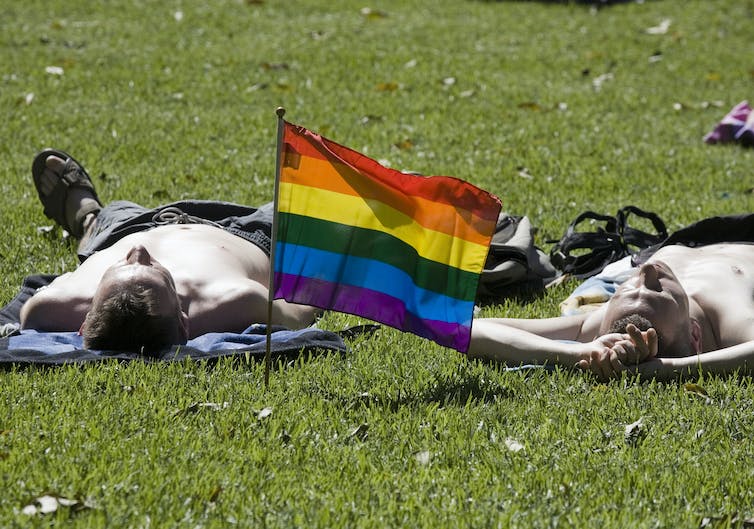 The new bill entrenches the idea that LGBTIQ+ people are not like everyone else. Shutterstock

But it still allows for discrimination by religious groups against LGBTIQ+ people, women and people on the basis of their religion. If passed, it will entrench in law the idea that LGBTIQ+ people are still not quite like everyone else – for this is the effect of state-sanctioned discrimination.

The bill will also legitimise the fallacy that the rights of LGBTIQ+ people are incompatible with religious freedom. It has already successfully wedged the ALP.

In setting free the expression of religious beliefs from the responsibility to take account of how even “well-meaning” statements of judgment and condemnation can harm people, the divisions this debate has created within Australia’s social fabric will be difficult to heal. 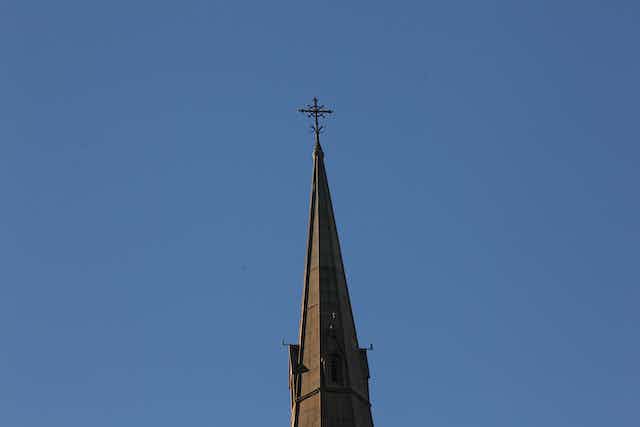