The threat of climate change signals a “code red for humanity”, and we are running out of time to transition away from carbon and prevent catastrophic planetary warming. Our best chance is to convince existing organisations with financial, political and social power to pioneer drastic change. Faith communities – to which 4 billion people worldwide belong, with an economic value of over £900 billion (£676 billion) in the US alone – might be the force we need.

When US President John Biden met Pope Francis on October 29, climate change was a focus of their discussion. Later that day, the pope spoke on BBC Radio 4’s Thought for the Day strand on the Today programme to demand “radical decisions” from world leaders on climate. He warned that the interlinking crises of the pandemic and climate change have created “a perfect storm” about to cause havoc to human civilisation.

Before the COP26 UN climate conference took place in Glasgow, 40 religious leaders also met in the Vatican to make an unprecedented plea for addressing the climate crisis.

“If one nation sinks, we all sink”, said Rajwant Singh, a Sikh leader from Washington D.C. And the Grand Imam Sheikh Ahmed Al-Tayeb of the Al-Azhar Mosque in Cairo, Egypt, an institution usually not known for its progressive politics, called on young Muslims “to be ready to fight against any action that damages the environment”. 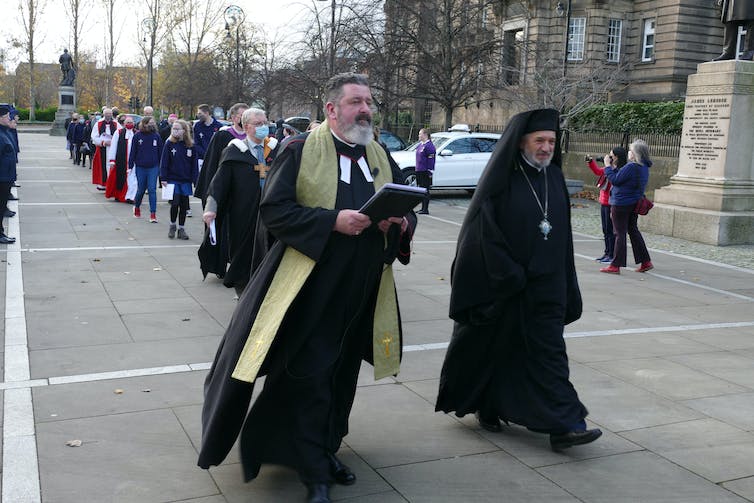 Clearly, many faith leaders recognise that climate action has become a sacred duty. The skyrocketing number of books on ecotheologies show that commitment to climate action has entered the mainstream of most religions. The research that we’ve done suggests that, by leveraging their massive influence, these groups can help the world take significant steps towards averting climate catastrophe.

Recent climate protests have seen priests, rabbis and imams join interfaith groups within radical climate movements such as Extinction Rebellion (XR). These leaders block roads and are arrested in full religious garb, invoking the tradition of religious civil disobedience pioneered by figures like Martin Luther King who was arrested 29 times during his leadership of the US civil rights movement. 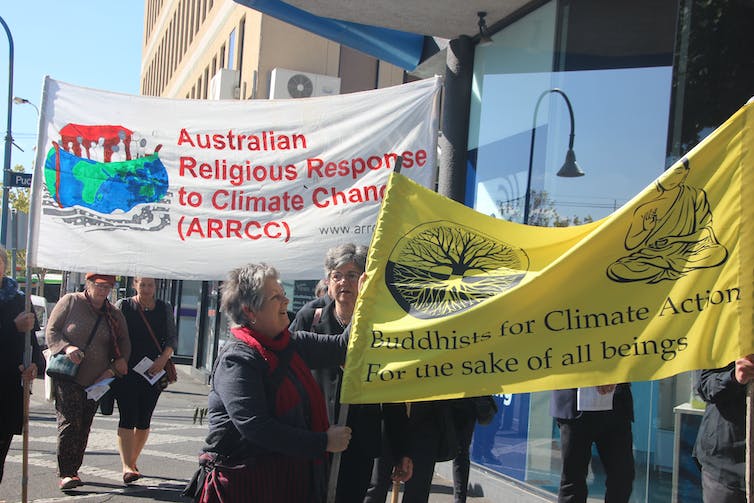 Young people of faith, in particular, are not satisfied with the lack of action from political leaders. Young Christian climate activists entered Glasgow for COP26 after a 1,200-mile pilgrimage from Cornwall, urging churches along the way to step up climate action. A member of XR Pilgrims, a multifaith group, explained that “we have a spiritual duty of care to those who are less fortunate than us”.

One of the most prominent young climate activists, 24-year-old Vanessa Nakate, describes herself as a “born again Christian and climate activist” in that order. She describes her activism as informed by her faith, particularly the biblical command to care for the Earth. In the wake of COP26, she demanded that leaders set up a compensation fund for the destruction the climate crisis is already causing across Africa.

These grassroots actions on climate are already bearing fruit. On October 26, representatives from several thousand faith groups across the world announced that they would divest £3.1 billion of investments in fossil fuels – the largest ever faith-driven divestment movement.

When Tobias conducted research on how people of faith mobilise for climate action in 2020, he witnessed how Muslim and non-Muslim members of XR from Kenya, Gambia and the UK formed an unusual alliance to stop the development of a highly environmentally destructive luxury tourist resort in Nairobi National Park.

Now, more faith groups need to follow these examples by developing ambitious plans to challenge the climate crisis. This could begin with turning houses of worship into models of sustainability. 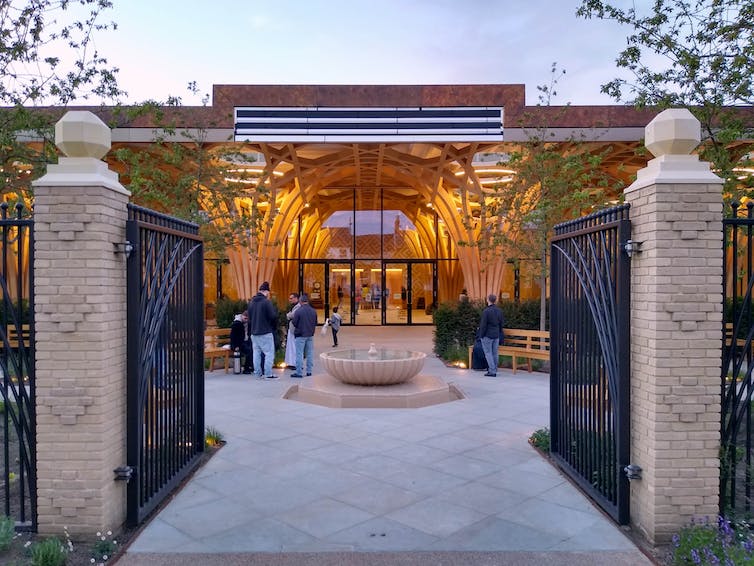 The Cambridge Central Mosque is designed to reduce its environmental impact. Cmglee/Wikimedia

An example is the Cambridge Central Mosque. Claiming to be Europe’s first fully eco-friendly mosque, its carbon footprint is nearly zero thanks to its heat pumps, LED lights and rainwater toilet flushes. Another is the Lutheran church of Hessen-Nassau in Germany, which aims to cover all available roof space of its more than 2,000 church buildings with solar panels to generate its own electricity.

We believe that scientists could play a key role in supporting this transition. As Tobias wrote recently in an essay for Nature, by establishing dialogue between scientists and faith groups we can help convince even the most conservative minds of the reality of the climate crisis.

But these steps alone are not enough. As the pope suggested to BBC listeners, religious groups must acknowledge that our profit-oriented economy is making our planet uninhabitable.

Faith communities across the world together make up an industry that is bigger than most national economies. Through speaking the truth about the state of the planet and exercising uncompromising financial, social and political pressure on governments and corporations, they can shift the balance towards averting the devastation of all we hold sacred on Earth. These communities have the resources and the resilience, but above all the moral responsibility, to do that.

In light of the many times they have failed to stand up for justice and human dignity, religions could win back their place at the forefront of a struggle that will define the future of humanity. To rephrase a famous slogan, there are no religions on a dead planet. 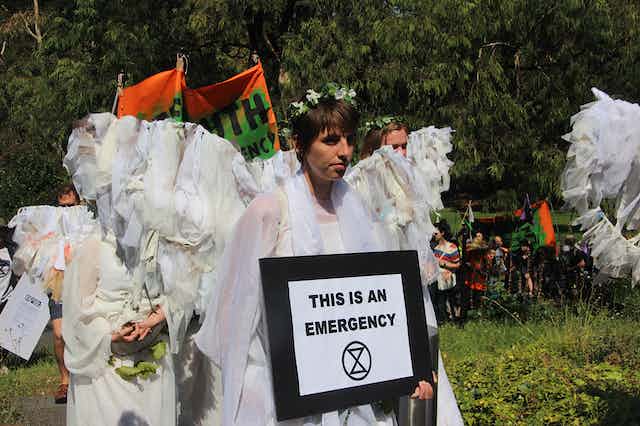