Summary: Schizophrenia itself is associated with loss of excitation, but hallucinations and other symptoms of the disorder are caused by a loss of synaptic inhibition.

Schizophrenia, which can cause disrupted thought and mood, delusions and hallucinations, is among the most debilitating mental disorders and the most mysterious.

Researchers have long suspected that the symptomology of schizophrenia fundamentally arises from disrupted synaptic function, or abnormalities in the way that neurons communicate with one another, perhaps leading to an imbalance between excitatory and inhibitory transmission.

The study appears in Biological Psychiatry.

The authors, led by Rick Adams, PhD, at University College London, used electroencephalography (EEG), a noninvasive technique that measures brain waves, to collect data from 107 participants with a diagnosis of schizophrenia, 57 of their relatives and 108 control participants. The EEGs of people with schizophrenia displayed hallmark signs including increased theta waves.

To find out, Dr. Adams and colleagues used computational modeling of the EEG data, which showed that the EEG differences seen in people diagnosed with schizophrenia resulted from decreased synaptic gain. This means that excitatory neurons had a diminished ability to stimulate one another.

Symptoms of schizophrenia including auditory hallucinations, however, were associated with a loss of neural inhibition, especially in auditory brain areas. 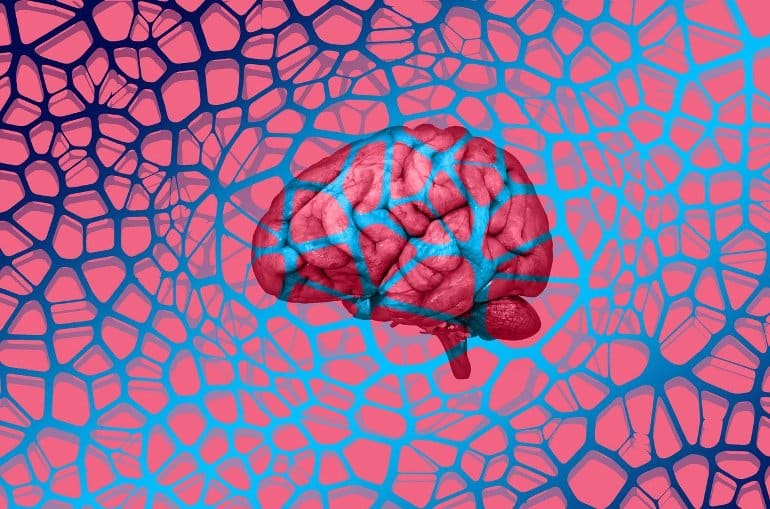 “This might mean that the loss of excitation comes first, and the brain tries to compensate for this by reducing inhibition, but then this leads to hallucinations,” Dr. Adams said.

“Imagine you are trying to listen to someone speaking on the radio, but the signal is very weak; if you turn the volume up, the speech is louder–but so is all the static and background noise–and so you may mistake some of this noise for actual speech. Something analogous might be happening in brain circuits in schizophrenia.”

John Krystal, MD, Editor of Biological Psychiatry, said of the work: “Working out the fundamental features of synaptic dysfunction in schizophrenia may help to guide both pharmacological and neurostimulation treatments for this disorder.”