‘This movement is evil’: Religious leaders denounce White Lives Matter ralliesnovember scorpio horoscopeNASHVILLE, Tenn. (USA Today Network ) — Scores of clergy have signed their names to statements opposing the white nationalist groups’ values ahead of a protest in Murfreesboro and Shelbyville on Saturday (Oct. 28). 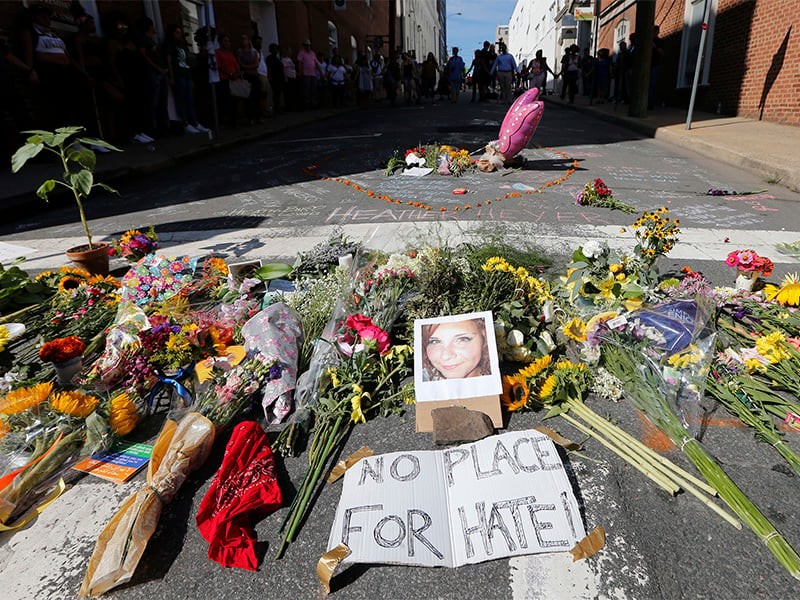 A makeshift memorial of flowers and a photo of victim Heather Heyer sits in Charlottesville, Virginia, on Aug. 13, 2017. Heyer died when a car rammed into a group of people who were protesting the presence of white supremacists who had gathered in the city for a rally. AP Photo/Steve Helber October 27, 2017 By Holly Meyer ShareTweetShare

Scores of clergy have signed their names to statements opposing the white nationalist groups’ values. They have planned community prayer vigils celebrating diversity and advocating for unity. And, ahead of Saturday’s (Oct. 28) protest, they have sent a strong message that hate is not a religious value.

All faith traditions are meant to promote peace, understanding and love between people, said Rabbi Laurie Rice, a leader of the Brentwood-based Congregation Micah that has members in Murfreesboro and Shelbyville. That is why she is among those countering the groups that are protesting refugee resettlement and immigrants this weekend.

Her synagogue is one of 15 Jewish congregations and organizations to say that “we will not allow purveyors of hatred to disrupt the sacred bonds of community harmony” in a statement condemning the white nationalist groups. Rice also joined more than 160 Tennessee faith leaders who disavowed the protests.

“This gathering has especially vitriolic and violent things to say about our immigrant and refugee neighbors,” the interfaith statement reads. “The core teachings of our faiths clearly promote human equality and love for all of God’s creation. Gatherings like this one have no other end but the promotion of white racial nationalism.”

The groups bringing the White Lives Matter rallies to Middle Tennessee are considered extremist organizations by the Southern Poverty Law Center. They fall under neo-Nazi, neo-Confederate and white nationalist categories and were among those involved in the Aug. 12 Unite the Right rally in Charlottesville, Va., that left one counterprotester dead.

A strong contingent of opposition to the White Lives Matter message, including religious leaders, has emerged in the weeks leading up to the rallies. Law enforcement agencies are trying to keep protesters and counterprotesters separate in Murfreesboro and Shelbyville by creating designated areas, closing streets and urging counterprotesters to avoid the rallies.

Several religious leaders also are encouraging those who oppose the White Lives Matter protesters to keep their distance, but urge the opponents to continue to disavow white supremacy and promote peace and unity.

The planned protests prompted Randy Davis, president and executive director of the Tennessee Baptist Mission Board, to call the white supremacy movement “satanic” and “evil” during the first news conference he has held in his seven-year tenure. 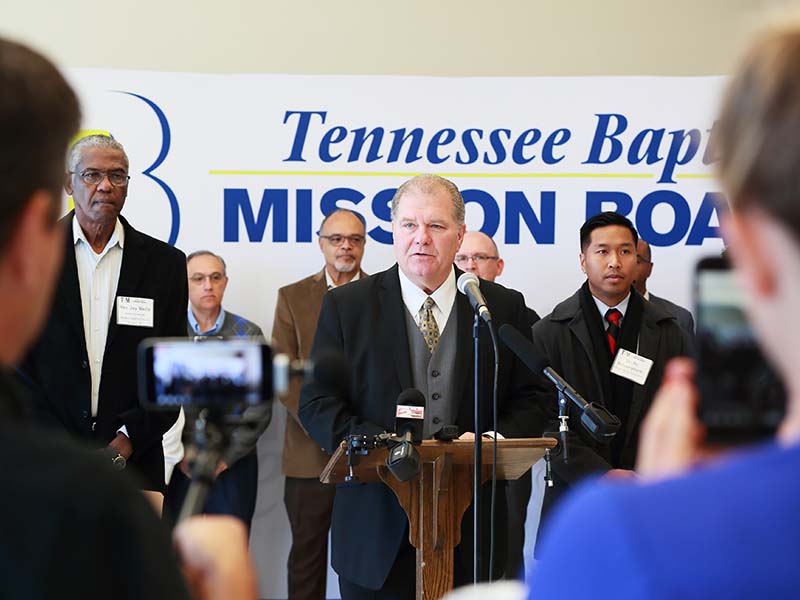 Davis, who represents 3,200 Southern Baptist churches in Tennessee and beyond, addressed the media and his staff as about a dozen Baptist pastors of various races and ethnicities stood behind him.

“This bigotry has no place in our American society and certainly has no place in the life of anyone who is a follower of Christ,” Davis said. “This movement is evil. It is contrary to everything we are called to be as followers of Christ.”

Jay Wells, pastor emeritus of the predominantly black Simeon Baptist Church in Antioch, and Thi Mitsamphanh, who came to the U.S. as a refugee from Laos and is now the pastor of International Community Church in Smyrna, also spoke Wednesday during the news conference in Franklin, praising Christianity’s and Tennessee’s diversity.

“Diversity is good. It’s not bad. It is good because it is God’s idea, not ours. God created it. God called his creation good. What God calls good, who am I to say it is bad,” Wells said.

Davis, who also disputed the notion that evangelicals are racist people, said Wednesday’s denouncement by Tennessee Baptists builds on the national network of churches’ statement this summer. The Southern Baptist Convention passed a resolution disavowing white supremacy during its annual meeting.

“We just don’t think we can say enough and clearly enough that we renounce that type of bigotry,” Davis said.

Russell Moore, a Tennessee-based national Southern Baptist leader, also spoke out against the White Lives Matter rallies in an op-ed published Wednesday by The Tennessean.

“The church must oppose this by, first, knowing that it will not go away on its own. We should also recognize where this comes from. White supremacy is not just backward but devilish,” said Moore, who leads the Southern Baptist Convention’s Ethics and Religious Liberty Commission.

Several prayer services in Murfreesboro and Shelbyville are planned in the days leading up to Saturday’s protests.

“This is an opportunity to show unity,” Monroe said.

She also heeded her bishop’s request to all United Methodist churches under his leadership and during Sunday worship services read his message disavowing the White Lives Matter rallies.

“Within our Social Principles we understand racism as sin and contrary to the fundamental recognition that ‘our primary identity is as children of God,’” said Bishop Bill McAlilly in his message.

“‘Racism … plagues and hinders our relationship with Christ, inasmuch as it is antithetical to the gospel itself.’ I call on all of us to renew our personal and collective commitment to stand against racism and the violence born from it.”

(Holly Meyer works for The Tennessean. Find her on Twitter @HollyAMeyer.)