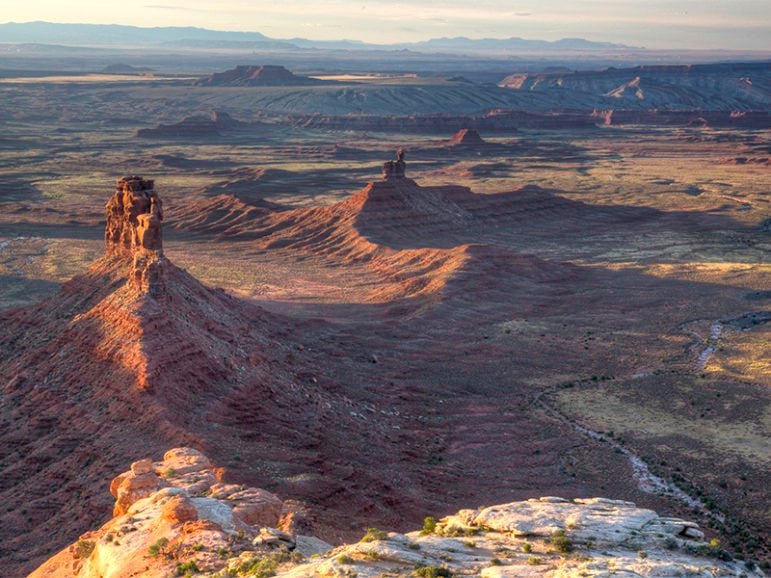 (RNS) In a move many Native American and religious groups have feared, President Trump reportedly will shrink the boundaries of Bears Ears National Monument in southeastern Utah.

The Salt Lake Tribune reported an account Friday (Oct. 27) from Utah Sen. Orrin Hatch’s office in which the president said: “I’m approving the Bears Ears recommendation for you, Orrin.”

Hatch responded to the Tribune with a statement saying he was “incredibly grateful” to Trump for the decision and pledging to work with Native American tribes in the area “find a better way” to protect the region.

Interior Secretary Ryan Zinke has suggested the president cut the size of the 1.35-million acre monument, the newspaper reported, though it was unclear by how much and if it was Zinke’s recommendation Trump was referring to. Zinke met with the president earlier Friday, it said.

Former President Obama had created the national monument near the end of his second term in response to action by the Bears Ears Inter-Tribal Coalition, making it the first ever to be created at the request of sovereign tribes.

The coalition includes the Hopi Tribe, Navajo Nation, Ute Mountain Ute Tribe, Pueblo of Zuni and Ute Indian Tribe, who consider many sites within Bears Ears sacred. Another 30 tribes also had expressed their support for protecting the region, according to the coalition’s website.

And, the coalition posted on both Twitter and Facebook following reports, “Any attempt to alter Bears Ears National Monument would be illegal and wrong on every count.”

The tribes are supported by a number of Mormons, citing their own history at Bears Ears and their respect for others’ religious beliefs and practices, and interdenominational Christian environmental groups, including Creation Justice and the Evangelical Environmental Network.